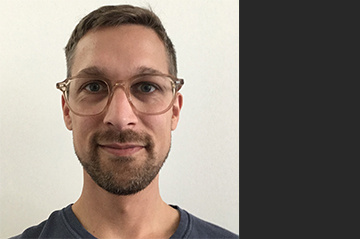 During this period he was studying a non-periodic infinity volume version of the BCS functional with external fields and considered the question of translational symmetry breaking in a related model.

From October 2016 until September 2019 he has been a Post-Doc in the group of Prof. Robert Seiringer at the Institute of Science and Technology Austria (IST Austria) in Klosterneuburg. Since this time he has mainly been working on the mathematics of dilute quantum gases. Two of his main results concern the proof of the Bose-Einstein condensation phase transition for dilute trapped gases in the Gross-Pitaevskii regime.

Apart from that he has been interested in the physics of certain quantum impurity problems. Since from October 2019 he is an independent researcher at the Department of Mathematics of University of Zurich financed by a Marie-Curie grant of the European Union (Schlein group, until June 2020) and by an Ambizione Grant of the Swiss National Science Fund (Start July 2020).

Gross-Pitaevskii Limit of a Homogeneous Bose Gas at Positive Temperature

Bose-Einstein Condensation in a Dilute, Trapped Gas at Positive Temperature

Emergence of non-abelian magnetic monopoles in a quantum impurity problem