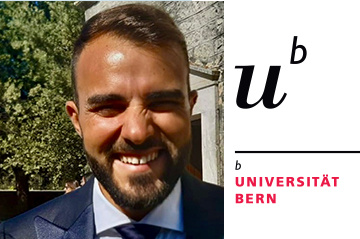 Fabio is a theoretical physicist and graduated (master and bachelor) at the University of Milano-Bicocca (Italy) in 2012. He started his PhD in Theoretical Physics in October 2012 and obtained the degree in July 2015 at Leibniz Universitat Hannover (Germany).

Subsequently, he was a postdoctoral fellow (October 2018-September 2021) of the Mathematical Institute at University of Oxford. He is currently an AEC fellow at the University of Bern.

His research interests are quantum field and string theory. In particular, his research focus is to access and probe non-perturbative regimes of quantum field theories in any dimensions, by combining various approaches coming from string theory, like dimensional reduction and holography, together with a new notion of symmetries, called ‘generalised’ symmetries. The simultaneous application of these complementary methods are crucial for unveiling mysterious strongly coupled phenomena of many quantum models."