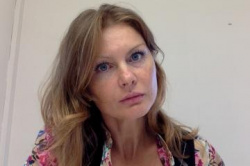 SwissMAP-funded PhD student, Olga Chekeres, completed her thesis in April 2019, one year earlier than planned. Supervised by Anton Alekseev, she wrote two successful publications: A. Alekseev, O. Chekeres and P. Mnev “Wilson surface observables from equivariant cohomology”  and O. Chekeres “Quantum Wilson surfaces and topological interactions”. This summer she will be joining the University of Connecticut, USA, for the next 3 years as an Assistant Research Professor. 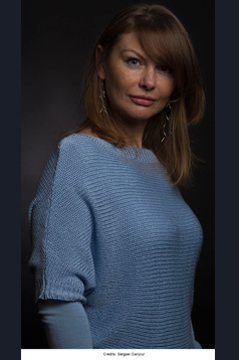 Olga’s exceptional career trajectory has been clearly led by remarkable enthusiasm and determination. From a very early age she was fascinated with astronomy and astrophysics and remembers that she was often reading books at the local library about stars and black holes and was very curious as to how it all worked.

However, once she finished school the possibility of continuing her education in either physics or mathematics did not really occur to her at the time. The reason was not lack of encouragement at home, nor gender inequalities. Olga explained that in post-Soviet Russia equality between men and women prevailed. Furthermore, the education she received from her parents strongly encouraged her to study and to have a career. However, in the Russian countryside where she grew up, she had never been exposed to the possibility of research as a career option. Though studying mathematics or physics was strongly recommended to her by her math teacher, at the time she had the impression that the only possibilities this path would offer would be of working at the local school as a teacher.

After finishing school, she decided to study languages and economics, which were considered as fashionable at the time, and completed a Master’s degree on each of the subjects. Subsequently, not long after she started her professional career, she became chief accountant at an international company. However, in spite of this promising and successful start to her career, she questioned her choice and what her real interests were and began to explore other possibilities.

Olga remembered the great interest she initially had in astrophysics. Reviving this strong fascination on the subject, she decided to prepare for the entry exam for the Bachelor’s in physics at the Moscow Institute of Physics and Technology (MIPT). The entry exam was a requirement for all prospective students. 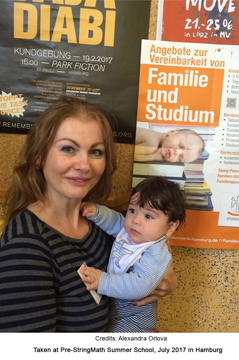 But fate had other plans, she moved to Geneva with her husband and daughter before she could sit for the MIPT entry exam. Upon arrival to Geneva, determined to continue her project, she was faced with a further challenge, that of learning French to allow her to enter the University of Geneva. She pursued her studies and successfully completed her Bachelor’s, Master’s and PhD at the University of Geneva in ten years.

Particularly admirable is also the way that Olga managed her personal life in an academic climate, juggling her research and being mother of three children. Her second youngest, now two years old, was born in the middle of her PhD, and her thesis defense took place only two weeks before the birth of her third child. A very important aspect, without which her research could not have been accomplished, was the extremely encouraging and supportive environment she found at Villa Battelle.

Early on in her Bachelor’s Olga realized that astrophysics was not exactly what she was interested in and decided to orient herself towards theoretical physics. Her research field is now mathematical physics and she particularly enjoys working at the interface between mathematics and physics and believes in the power of mathematics to explain and predict how the physical world functions.

More specifically, her research is focused on surface observables in gauge theories. Gauge theories are at the very heart of our current understanding of the fundamental laws of nature. The Standard Model of elementary particles is precisely a non-abelian gauge theory with a gauge group G = U(1) X SU(2) X SU(3). It provides a unified model for 3 out of 4 fundamental interactions - electromagnetic, weak and strong - and is famous for its predictive power. The existence of its last building block – the Higgs boson – was confirmed at CERN in 2012. Even gravity in general relativity, which is not part of the Standard Model, can in some sense be treated as a gauge theory.

Gauge theories are geometric in character. From a physical point of view they describe a particle subject to an independent symmetry transformation at each point of space-time. Geometrically this means that for each point of space-time there is an “attached” space representing the internal structure of the particle. The natural mathematical description for such a construction is the theory of principal bundles, connections and the curvatures of these connections.

A very important example of an observable - that is to say a physical quantity that can be measured - is a Wilson loop. This is a gauge invariant quantity defined on a 1-dimensional line. It was initially introduced in 1974 by Kenneth G. Wilson to solve the problem of confinement of quarks, which however still remains unsolved. In electromagnetism this observable corresponds to a phase shift obtained by a charged particle transported in an electric field along a closed loop, measuring how much the particle ‘fails’ to be the same on returning to the same point in space.

Olga’s research plans are not restricted to the study of Wilson surfaces. She has several research projects related to Wilson surfaces, which she would like to implement in the near future. Her longer-term research interests are to approach quantum gravity. Currently there exist several candidates for a unifying theory that can incorporate quantum gravity, i.e. string theory, loop quantum gravity, causal dynamical triangulations, causal sets, tensor models, etc. Olga believes that eventually in the correct theory space-time should be discrete, not continuous, in the same way that matter consisting of particles is discrete.

We wish Olga all the best in her future endeavors!

Balancing Yin and Yang in the field of Mathematics: Interview with Prof. Chenchang Zhu