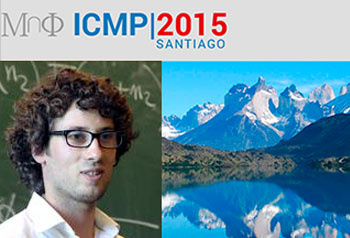 Congratulations to Hugo Duminil-Copin for receiving the IAMP Early Career Award for his fundamental contributions in the rigorous analysis of critical phenomena, in particular for establishing the critical point in the two-dimensional random cluster model and for the proof of the continuity of the magnetization at the critical temperature in the ferromagnetic Ising model. The award was announced during the prize ceremony at the International Congress of Mathematical Physics in Santiago, Chile.