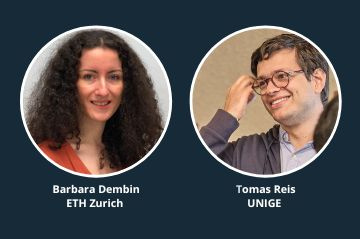 The SwissMAP Innovator Prize is awarded once a year to PhD students or Postdocs for important scientific achievements in the NCCR SwissMAP research areas.

The award ceremony will take place during the SwissMAP Annual General Meeting in Les Diablerets, September 11-14, 2022.