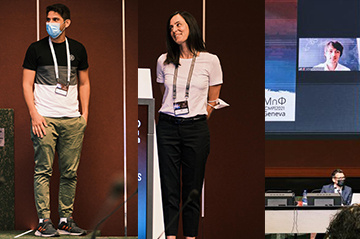 “ Chiara Saffirio is awarded the IUPAP Young Scientist Prize in Mathematical Physics for her important contributions towards the mathematical understanding of the dynamics of classical and quantum many-body systems, leading to rigorous derivations of effective evolution equations.”

“Vincent Tassion is awarded the IUPAP Young Scientist Prize in Mathematical Physics for his key contributions to the understanding of the stochastic properties of representations of classical lattice spin models via probabilistic methods, and his analysis of the sharp phase transition of the Potts model.”